Years ago I created a character named Darken Visage.  He was a Hunter of the Dead, tracking down and dispatching vampires and other undead through a multiverse, that I never really figured out.  But it wasn’t uncommon for him to hunt down a vampire in 16th Century Italy on Monday, and then chase down a Lich on a Space Station orbiting Saturn on Tuesday.

He forever walks the line between cyberpunk street samurai and ancient wandering monk. This is one of the many character design piece I have done that I would like to take into a digital painting.

Maybe a new digital painting!   This is another art piece I originally made to go along with my Home-brew DnD World Galdor.  I had considered making this the theoretical book cover.

Here is a human dragon hunter, and his gnome artificer assistant.  Galdor mixes an early concept of American Old West style guns and magic to make its projectile weapons work.  In order for a human/gnome team to take down a dragon, they use a very wide bore single shot rifle.

I hope to turn this piece into a digital painting.

Here is another couple of sketches that fit in with our DnD/Pathfinder home-brew world. 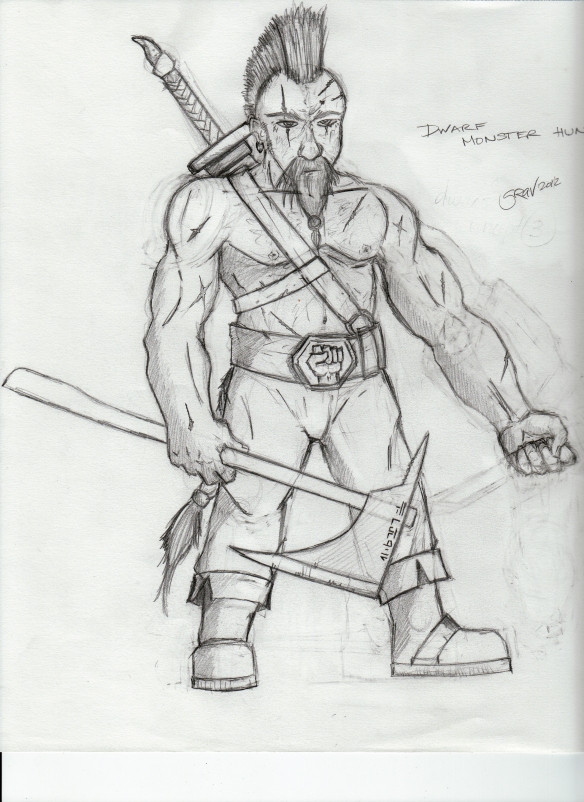 Dwarven Monster Hunter, might end up being in the wiki… 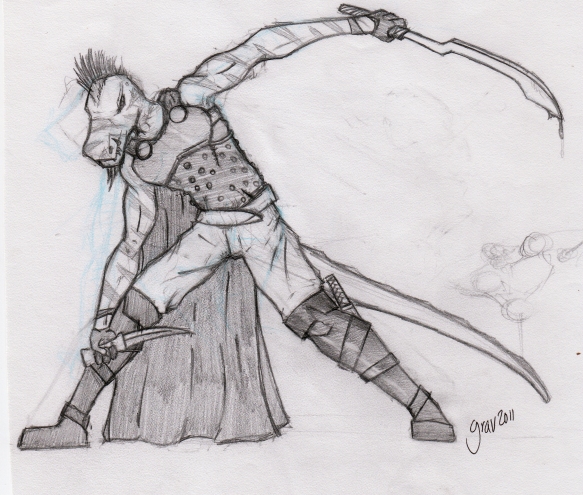 And here is an older one, that might become a painting, this is Kasen who is the concept base for a new race that are a bit like kobolds, just tweaked a bit 🙂

A buddy of mine and I are working on a Fantasy Campaign setting we plan to use in our own RPGs as well as possibly play test and release to the public.  Based on this a lot of my recent sketch work has been centered around this project.  Here is some of the work I have done.

Here is a Gnome Artificer, with is pseudo-beyholder familiar.

This is Kasen, a Kobold assassin.