It seems to be a heavy theme in my last few posts but here is some more stuff from the Savaged Universe!  As mentioned in my last post about concept design for the Sage, here are their ships. 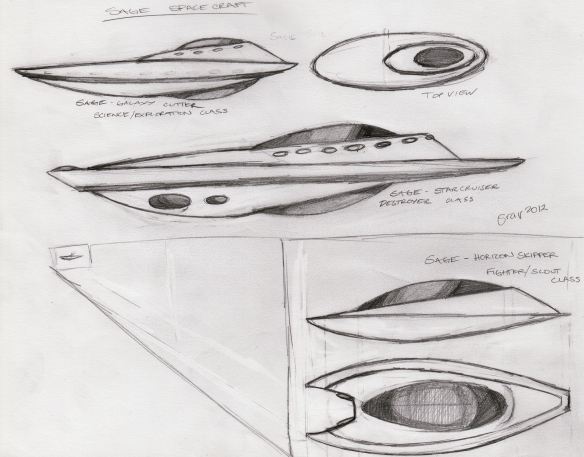 I designed all the Sage ships around the basic idea of “UFOs” we have now days.  I may or may not have been watching Ancient Aliens when it occurred to me…

Since these guys have been cruising around the universe stealing and stock piling knowledge for years, I figured they were perfect suspects for the sightings we have had, and so I used that as a design base for their ships.

Traditionally Sage spacecraft are very light on weapon systems although since aligning with Humanity and the Jarn to run the Empire they have been forced to retrograde several of their century old ships, as well as redesign their new ships with weapons.

You can follow the Novel of Savaged on my other blog 100 Words.